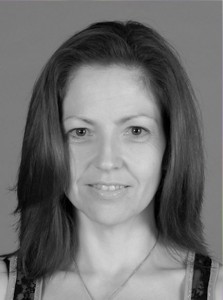 Fi has produced, directed, stage managed & choreographed numerous productions throughout the country, as well as being choreographer for various productions at The London Palladium, Theatre Royal, Sadlers Wells, Her Majestys, Indig02 & The Royal Albert Hall.

She also had the opportunity to photograph West End Shows such as Rip It Up, Disaster The Musical, West End Barres as well as some great touring shows. Remembering Movies, Remembering Fred, All Night Long, Let’s Dance The Night Away, Dance Is life, Keep Dancing, A Night To Remember, Dance ‘Til Dawn, The Circus, Gershwin, Intoto, Judy Tour, Puttin’ On The Ritz, Life Through Dance, Rip it Up, Flawless, The Spinettes, Strictly, The Rapiers, We Say Yeah and more.

Fi feels very blessed to have two jobs that she enjoys that work well together. She plans on continuing the growth, experience and knowledge through every opportunity that arises.

Fi Steps gives me a real privilege to pass on my love and knowledge to the next generation, watching students grow in ability.

Fi Steps started in 1991 to create opportunities for youngsters to perform in a safe and fun environment. 1000 routines, 30 school shows, 6 European performances and over 45 West End performances later, the team are stronger than ever and we’re always looking for new members to join the family.